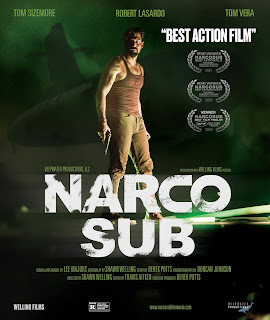 Coming Soon! NARCO SUB and the #SummerOfStryker campaign  Rated R @ Fort Benning , GA  Opening on July 31, 2021 Tom Sizemore Robert Lasardo Tom Vera Jen Barbeito - - - - QUESTION: Do you ever wonder how movies  go from the filmmakers to a cinema near you? - - - -  This adventurous new movie release is being brought to you by a team of collaborative military veterans who work in the entertainment industry. They are lead by Deepwater Productions, Director of Theatrical Sales, U.S. Army Veteran, Mr. Marcus T. Bovee ll who believes in bringing accessible media to all people. Sub, Like, and Comment on YouTube Summer of Styker! Look out for Bruce Stryker i n a theatre near you. . . Marc is personally inviting people from the Blinded Veterans Association and the Hearing Loss Association of America to attend screenings of Narco Sub the movie across the USA.  https://bva.org/mission-statement/ NARCO SUB  will have subtitles available  for people who may be deaf or hard of hearing.  https://ww
Post a Comment
Read more 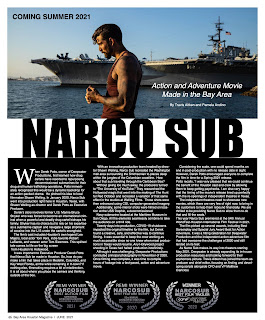 Digital Press Release Blog by: Riley P. Schilling Actor, USA As a non-union actor who is currently training to work in feature films, it's a true inspiration to see another independent actor, such as Tom Vera get the lead role in a film with proven Hollywood actors in the cast. Nacro Sub goes to show that the independent filmmaker community can get noticeable success without following the exact Hollywood formula for production and distribution. The perseverance and fortitude to produce a film that competes with big budget Hollywood films, while being in a pandemic, is something that should be noted by all. If you have a good script and creativity, a huge budget is not required to produce and independently distribute a quality project. Myself and my fellow non-union actors are: reading scripts, training with coaches via Zoom, seeking agents and management because just like Mr. Tom Vera , when the right opportunity presents itself, we will ensure that we are ready to perfor
Post a Comment
Read more 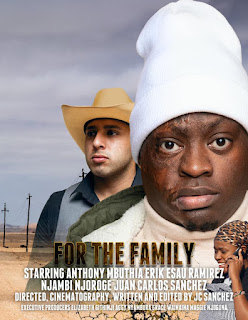 Did we connect the entire globe using  one universal message of  Financial Literacy? One small group of filmmakers, influencers and financial professionals have come together for the greater good of all people. . . . The message is simple,   Financial Literacy. The Mission is to  break the stigma of talking about money. We focus on   financial edutainment.  We use bite-sized content that you would normally not expect to see being used to start discussions about money.  This year we streamed submissions with stories from all seven continents on Qudio! AFRICA Kenya ANTARCTICA Amundsen-Scott South-Pole Station ASIA Taiwan, Malaysia AUSTRALIA Queensland EUROPE UK, Switzerland, Sweden, Ireland Our Story Bill Willard Titanic The Legacy Remains W.E. Brower Jr. NORTH AMERICA Los Angeles, California SOUTH AMERICA  Argentina All of these projects played an important role in the entire body of work,  which represented the April 2021  Financial Literacy Film Festival.  This may be the first time t
Post a Comment
Read more 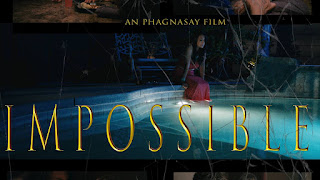 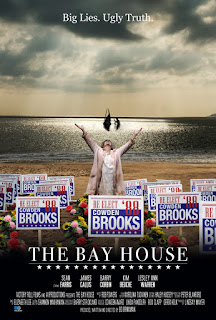 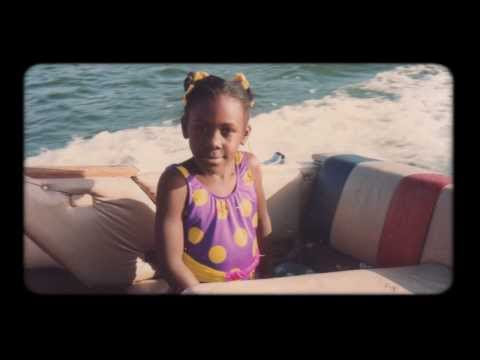 April is Financial Literacy Month! We are doing something Fun about it. Meet the filmmakers!  Paquita Hughes - U.S. military veteran / Filmmaker  Born in Puerto Rico, raised in Mississippi, USA What will we do to help raise  awareness for Financial Literacy? WATCH SHORT FILMS Together. Financial EDUtainment  is what we do. . .  Education + Entertainment Rock Violet Motion Female military veterans  working in Hollywood! #finlitfilmfest Rock Violet Motion http://rockvioletphoto.com/ Training - Independent filmmakers Ghana, Africa  REGISTER now and get a  FREE pass when you use  Promo Code FINLIT https://qudio.com/event/flff/register Friday - Streaming Online! April 16, 2021 6:30 PM PST DIGITAL CINEMA EXPERIENCE by Qudio. Very Short Film # 1 Antarctica  CG rendering of the South Pole Station Josiah Horneman Watch the video "How it was made" - - - - - - - -  Short Film # 2 Jacks Set in the 1950s, this film is inspired by a true story of how young Sonia learns a tough lesson of
Post a Comment
Read more

Press Release: April 12, 2021  Week 2 of 4 is complete for the  Financial Literacy Film Festival!  They use short films and digital technology  as a medium to educate and entertain the viewers.  This experience really makes for a one of a  kind exhibition of digital short film projects.  A person would not imagine that you can still get the same feeling as entering a movie theatre, through a shared digital viewing,  but this community knows how to make the  audience feel like a part of the movie-going experience. It helps that Qudio has a Live chat box open during the streaming,  so audience members can communicate.  The two films screened were highly entertaining,  and still successfully portrayed the financial literacy aspect in a short palatable way,  that left the audience wanting more.   Safety for Sarah https://www.safetyforsarah.com/ This digital cinema event started off with a very well-produced, award-winning short film, created locally in Los Angeles “Smoke and
Post a Comment
Read more
More posts

Fulton Film Company
George Ohan is an accomplished film producer with a background in Marketing, Public Relations, and Communications. Currently he travels the world as an international entrepreneur helping others build their dream business. While serving in the U.S. Army he started his career in the Armor branch, and then moved on to be a commander of a seven-person recruiting station in Orange County. He also developed and implemented marketing plans and assisted with development of advertising campaigns for the United States Army Recruiting Command.